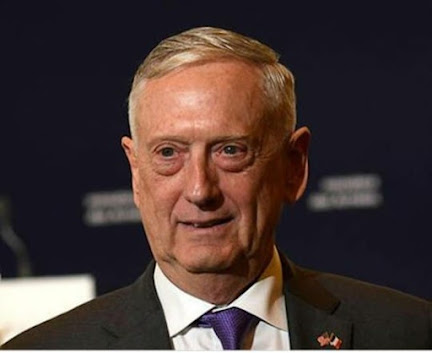 Ex-Pentagon chief accuses President of failing to provide mature leadership
Former Pentagon chief Jim Mattis issued a stinging rebuke of his erstwhile boss Donald Trump on Wednesday, accusing the president of trying to “divide” America and failing to provide “mature leadership” as the country reels from days of protests.
Mr. Mattis, who resigned in December 2018 over Mr. Trump’s ordering of a full troop withdrawal from Syria, also voiced support for the demonstrators whose anti-racism rallies have roiled the country.
“Donald Trump is the first president in my lifetime who does not try to unite the American people — does not even pretend to try,” Mattis wrote in a blistering statement posted online by The Atlantic.
“Instead, he tries to divide us,” added the retired Marine Corps General .
“We are witnessing the consequences of three years without mature leadership,” he stated.
Mr. Mattis described himself as “angry and appalled” after witnessing events of the last week.
Mr. Mattis wrote that the protesters’ call for equal justice was a “wholesome and unifying demand.”
He slammed the decision to use force to clear peaceful protesters from near the White House on Monday to allow Mr. Trump to pose for photographs at a damaged church, calling it an “abuse of executive authority.”
Post Views: 150