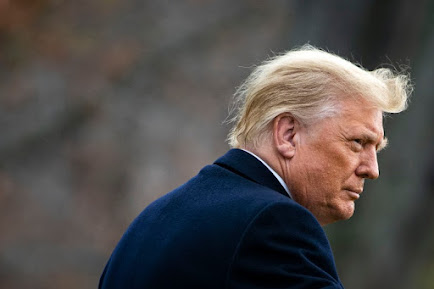 The U.S. President says Democrats are desperate to oust him, promises election blacklash.
An angry, energised President Donald Trump whipped supporters into a frenzy on Thursday at a Minneapolis campaign rally where he predicted a 2020 election “backlash” against Democratic attempts to impeach him.
Democrats are investigating Mr. Trump for possible impeachment over his alleged bid to pressure Ukraine into digging up dirt on election rival Joe Biden, who currently sits near the top of the Democratic pack.
But to roaring cheers and boos from the full-capacity crowd in a basketball arena, Mr. Trump put two difficult weeks behind him.
Talking points
In a speech lasting one hour and 40 minutes, he bathed in supporters’ adulation, hitting all his favourite talking points with a trademark mix of jokes and insults.
He said Democrats are only trying to impeach him because they’re “getting desperate.”
“They want to erase your vote like it never existed, they want to erase your voice and they want to erase your future, but they will fail because in America, the people rule again.”
“The insane impeachment witch hunt” will fail, the Republican told the sea of campaign-branded red shirts and hats. And in 2020 this will “produce a backlash at the ballot box the likes of which they have never ever seen before.”
He went hard after Mr. Biden’s son Hunter. Then for good measure, he lambasted Mr. Biden, who was Vice-President under Barack Obama, saying he’d only been considered a success “because he understood how to kiss Barack Obama’s ass.”
Later on Friday, Mr. Trump will take the “Make America Great Again” show to Louisiana.
Post Views: 149