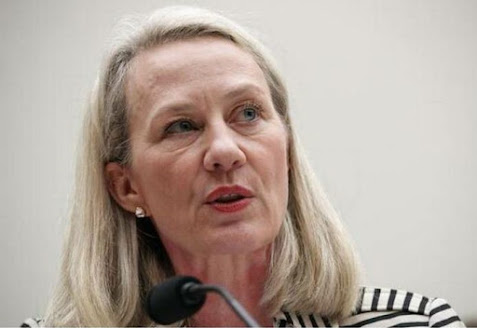 U.S. diplomat Alice Wells to Americans
The United States has repatriated 1,300 of its citizens from India thus far. Five flights were scheduled for this week from India
U.S. citizens needed to make a final decision on whether to stay in place or return to America now as there was no guarantee that evacuation flights would continue indefinitely, Alice Wells, the top U.S. diplomat for South and Central Asia, said at a telephone briefing in Washington D.C. on Monday.
“… I want to remind everyone today that if you are an American overseas and you’re still on the fence about whether to come home or not, it’s time to get off that fence. Come home now or be ready to remain where you are,” Ms. Wells said.
“ The Department of State always stands ready to assist our fellow citizens overseas, but we cannot guarantee that this worldwide repatriation effort will continue indefinitely. Some Americans are waiting to see how bad it’s going to get before making that call. I cannot stress this enough: Make that call now.”
The United States has repatriated 1,300 of its citizens from India thus far. Five flights were scheduled for this week from India, with over 7,000 individuals registering their interest as per Ms. Wells. The U.S. has repatriated over 43,000 of its nationals since January 29th, when COVID-19 had started spreading across borders, a U.S. official on the call said.
A flight from Delhi to San Francisco has been scheduled for the morning of April 8 and one from Mumbai to Atlanta on April 10. U.S. Citizens and certain Legal Permanent Residents (green card holders) are eligible for flights.
“As of today, the United States has organized 13 flights from South and Central Asia, including special flights home for about 2,900 U.S. citizens from India, Pakistan, Bangladesh, Nepal, Uzbekistan, and Turkmenistan,” Ms. Wells said.
“Significant numbers” of those in India who register to return to the U.S., choose not to take a seat that is made available to them, on the day of the flight, Ms. Wells said, now wishing to weigh in on their decision but asking them to make a decision.
Over the weekend U.S. officials in India called over 800 people to ask if they wanted to get on a Monday flight to the U.S.
“We got 10 positive responses, 10 out of 800 calls. So that’s just an indication of the uncertainty of some of these numbers we’re looking at,” Principal Deputy Assistant Secretary Ian Brownlee, said.
Post Views: 152